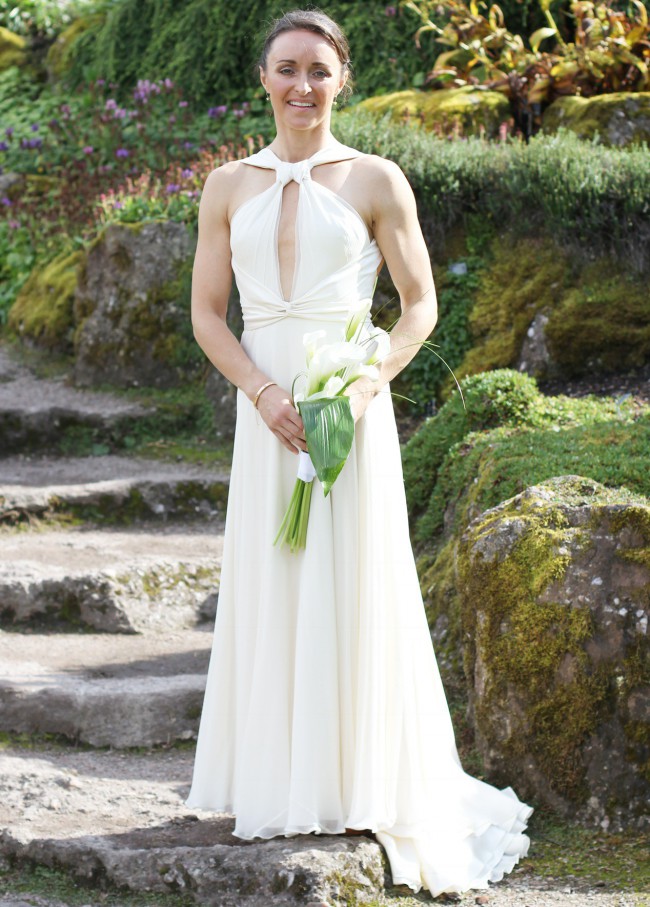 This Erin dress was bought new in 2012 and worn once for my wedding (no alterations). It was open in the front entirely.

It was dry cleaned and boxed away for a couple years. Then it was worn again in 2016 and the dress was altered in the front: sewn up as the woman wearing it had a bigger bust.

It was then dry cleaned and boxed up again where it has sat in its box for years now.

I feel this dress needs to be worn! As a main wedding dress or even a wedding after-party dress (some people like having two dresses!) it is an absolute elegant and sophisticated beauty of a dress.

Designer label inside - original hanger and cover; I will ship it to you in the same beautiful laced box.

The front area could be opened up again (take out the stitch); it could be shortened if needed.

The front has been sewed up with a small thread. See photos of myself and my friend wearing the dress in 2012 and 2016.

Sarah is selling this dress at the lowest price on Stillwhite.

Sarah is selling this dress exclusively on Stillwhite, so you won't find it anywhere else.

6 people saved this dress
New lower price Was AU$1,290
Sell one like this

Once you send a message, Sarah can invite you to purchase the dress.