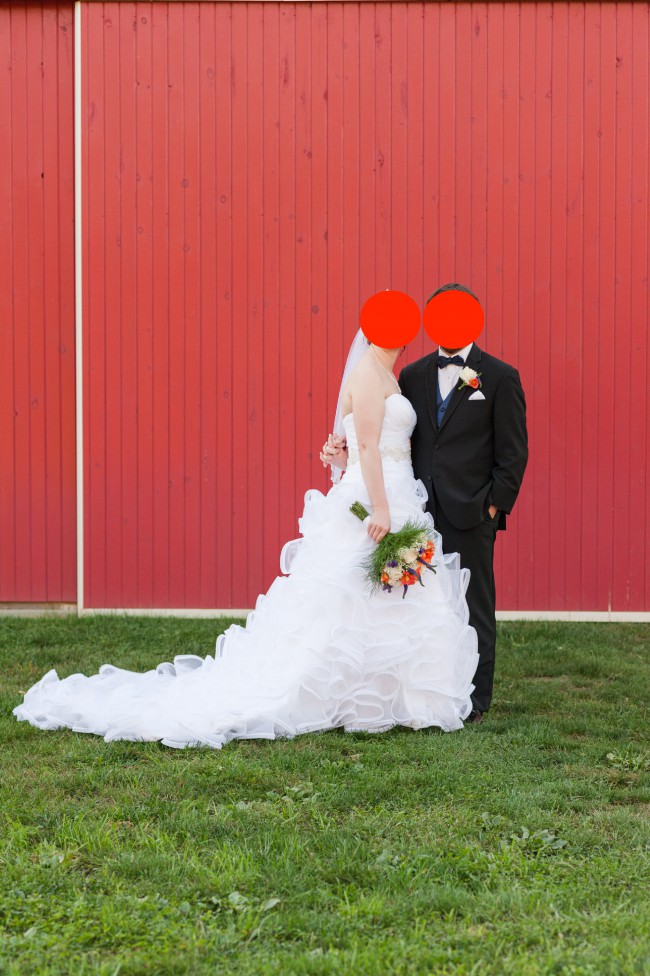 This dress was bought in 2016. I had the sudden urge to look at it one day and realized it was Ivory and not White like I had wanted. Many months and calls with David's Bridal later, I ended up buying another one in White which is the one I wore in my wedding. And now I have this unworn dress in Ivory that needs to go!

It's never been worn except to try on.

It's been hanging in my closet in a garment bag ever since I received it.

It was originally a size 16 but after alterations I'd say it's closer to a 14 now. It also has 5 bustle points on the back.

***NOTE***
The dress in the picture of my husband and I is the White dress at our wedding. That is NOT the dress that is being sold here. I just wanted to show the train. The dresses are EXACTLY the same except for the color. The one being sold is the Ivory that has never been worn.

Once you send a message, Jamie can invite you to purchase the dress.